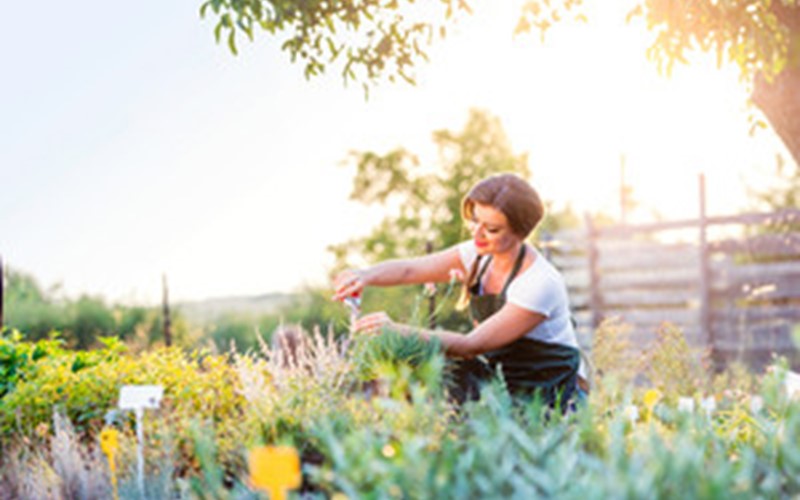 I like to garden. It seems an appropriate avocation for a priest; after all, theologically speaking, life began in a garden (Gen. 2). Isaiah speaks of God’s peoples at the coming of the messiah as the harvest of a now-full-blooming “shoot that I planted” (Is. 60:21). Jesus himself spoke of the Lilies of the field, clothed in a glory greater than even King Solomon (Matt. 6:28).

Thus, this season after Pentecost is celebrated as a season of growth, flowering and, ultimately, harvest. We should not miss the fact that it’s a season of growth for God’s people, no less than for the rest of God’s good creation. It’s a time when all that we do is to be raised up to bless the Lord, that in all that we undertake, we learn to “praise God and magnify him for ever.” Benedicite, Omnia opera Domini—“O all ye works of the Lord, bless ye the Lord.”

I’ve always liked the extended metaphor used by the writer of Genesis 2, portraying God as a Gardener. Eden, the primordial garden, has been laid out according to a meaningful plan, with the good of each creature in mind. That is to say, the garden itself shows the marks of the gardener, who has shaped it to grow, and bloom, and come to harvest. Formed by the hands of the gardener, the wilderness has been transformed into a garden, each inhabitant of which reflects the formative imagination of the one who lovingly tends it—watering, giving light and nourishing each creature.

It is in the image of this gardener that we have been formed. Each moment of each day we’re being tended and fed, pruned and shaped by God’s spirit among us. Our praying, whether we are alone or with others, in private or in community, is a communing with the divine tiller of creations’ soil.

Whether it be the early and formative times of Holy Crosses finding and founding, the first tilling and planning of the St. Francis meandering dream taking shape and crafting of the worship and gathering spaces…and yes, even in these unfamiliar COVID-19 times, the grand gardener is at work.

This remains the season when we are invited to be formed as God’s people, who each time we pray, each time we worship, the tilling and fertilizing, planting and watering, surviving early spring frosts along with the scorching summers and cleaning up from the storms of life, we are being formed in the image of God.

Each and every time we pray, we worship on-line and soon together, we’re invited to be formed as God’s people, learning again and again to pray:

“O ye servants of the Lord, bless ye the Lord; praise him and magnify him for ever.”