From the Back Porch 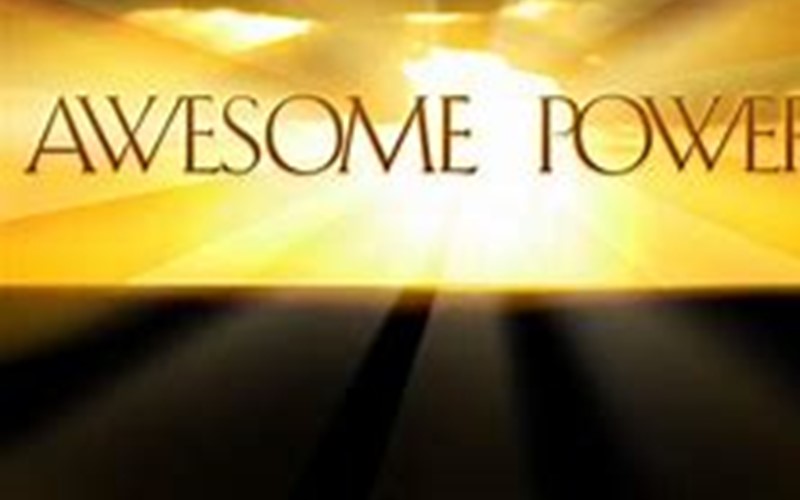 From the Back Porch

O God of unchangeable power and eternal light: let the whole world see and know that things which were cast down are being raised up, and things which had grown old are being made new, and that all things are being brought to their perfection by him through whom all thing were made, your Son Jesus Christ our Lord. Amen

Does it seem to you that Americans these days are into power? Consider that

We seemingly gravitate to power, craving the rewards that power can bring. Power can be seductive. Whether we wield it as a birthright or allow ourselves to be dominated by it as a curse, power is something that we learn to crave or fear. Yet it appears to be something we cannot escape and innocently begin at a young age.

Our faith teaches us that neither are what God means by power. God’s power is the

power by which “things which were cast down are being raised up.” God’s is the

power by which “things which had grown old are being made new.” God’s is the

power by which “all things are being brought to their perfection.”

The power of the Risen Christ is the power of the crucified Lord, who gave up status, prestige, comfort and security—the power of compassion and hospitality, the power of renewal and completion. The power whose realm is turned upside down, the last have become first, the meek inherit the earth. God’s power is wedded to love and justice, empowering all to be the creatures God made us to be.

The question we’re addressing as a nation is not whether there will be structures of power in our world, but what kind of power we will allow to shape our lives. The desire for power over others—and the effects of the power others have over us? Or the empowering love of the crucified and Risen Christ, who ruled as a servant to all, opening God’s arms wide in hospitality, even on the cross, in compassion and justice for God’s creation?                    NLJ+