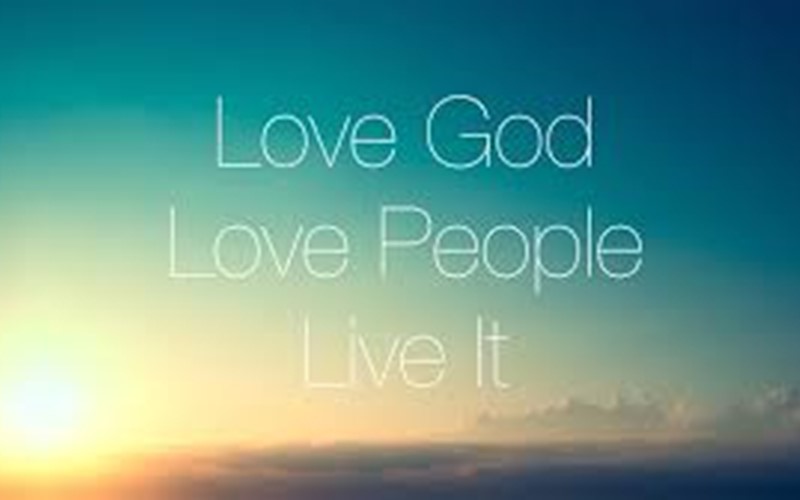 I yield my space in this month's newsletter to our Presiding Bishop. As Jesus tells of one commandment for us to follow, Jesus also tells us that "perfect love casts out all fear."

Episcopal Church Presiding Bishop and Primate Michael Curry and President of the House of Deputies the Rev. Gay Clark Jennings have written the following letter to the Episcopal Church.

Dear People of God in the Episcopal Church:

We all know that some things in holy Scripture can be confusing, hard to understand, or open to various ways of understanding. But some essential teachings are clear and incontrovertible. Jesus tells us to love God and love our neighbor as ourselves, and he tells us over and over again not to be afraid (Matthew 10:31, Mark 5:36, Luke 8:50, John 14:27).

There’s no confusion about what Jesus is telling us, but it often requires courage to embody it in the real world. Again and again, we become afraid, and mired in that fear, we turn against Jesus and one another.

This age-old cycle of fear and hatred plays out again and again in our broken world, in sickening and shocking events like the massacre targeting lesbian, gay, bisexual and transgender (LGBT) people in Orlando, but also in the rules we make and the laws we pass. Most recently, we’ve seen fear at work in North Carolina, a state dear to both of our hearts, where a law called the “Public Facilities Privacy & Security Act” has decimated the civil rights and God-given dignity of transgender people and, by extension, drastically curtailed protections against discrimination for women, people of color, and many others. We are thankful for the prayerful and pastoral public leadership of the North Carolina bishops on this law, which is known as House Bill 2.

North Carolina is not the only place where fear has gotten the better of us. Lawmakers in other jurisdictions have also threatened to introduce legislation that would have us believe that protecting the rights of transgender people—even a right as basic as going to the bathroom—somehow puts the rest of us at risk.

This is not the first time that the segregation of bathrooms and public facilities has been used to discriminate unjustly against minority groups. And just as in our painful racial past, it is even being claimed that the “bathroom bills,” as they are sometimes called, ensure the safety of women and children—the same reason so often given to justify Jim Crow racial segregation.

But we believe that, as the New Testament says, “perfect love casts out fear.” On June 10, the Executive Council of the Episcopal Church stood against fear and for God’s love by passing a resolution that reaffirms the Episcopal Church’s support of local, state and federal laws that prevent discrimination based on gender identity or gender expression and voices our opposition to all legislation that seeks to deny the God-given dignity, the legal equality, and the civil rights of transgender people.

The need is urgent, because laws like the one in North Carolina prey on some of the most vulnerable people in our communities—some of the very same people who were targeted in the Orlando attack. In a 2011 survey, 78 percent of transgender people said that they had been bullied or harassed in childhood; 41 percent said they had attempted suicide; 35 percent had been assaulted, and 12 percent had suffered a sexual assault. Almost half of transgender people who responded to the survey said they had suffered job discrimination, and almost a fifth had lost housing or been denied health care due to their gender identity or expression.

In keeping with Executive Council’s resolution, we are sending a letter to the governor and members of the North Carolina General Assembly calling on them to repeal the “Public Facilities Privacy & Security Act.” When legislation that discriminates against transgender people arises in other places, we will also voice our opposition and ask Episcopalians to join us. We will also support legislation, like a bill recently passed in the Massachusetts state legislature, that prevents discrimination of all kinds based on gender identity or gender expression.

As Christians, we bear a particular responsibility to speak out in these situations, because attempts to deny transgender people their dignity and humanity as children of God are too often being made in the name of God. This way of fear is not the way of Jesus Christ, and at these times, we have the opportunity to demonstrate our belief that Christianity is not a way of judgment, but a way of following Jesus in casting out fear.

In the face of the violence and injustice we see all around us, what can we do? We can start by choosing to get to know one another. TransEpiscopal, an organization of transgender Episcopalians and their allies, has posted on their website a video called “Voices of Witness:  Out of the Box” that can help you get to know some transgender Episcopalians and hear their stories. Integrity USA, which produced the video, and the Chicago Consultation are two other organizations working for the full inclusion of LGBT people in the church. Their websites also have online materials that you can use to learn more about the stories of transgender Christians and our church’s long journey to understand that they are children of God and created in God’s image.

When we are born anew through baptism, we promise to respect the dignity of every human being. Today, transgender people and, indeed, the entire LGBT community, need us to keep that promise. By doing so, we can bear witness to the world that Jesus has shown us another way—the way of love.