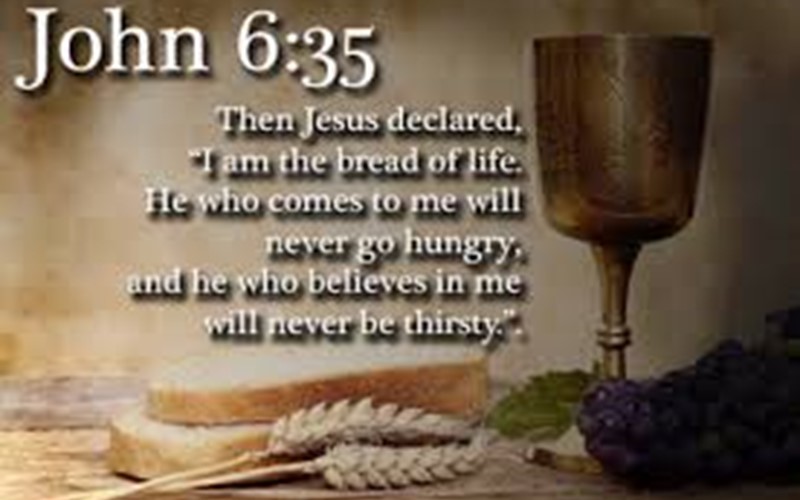 We're all hungry, never satisfied. We need bread, we need friends, we need meaning - and all the bread, friends and meaning  we enjoy whets our appetite for more life. We hunger to understand ourselves and others; we know the hunger of loneliness, and times of emptiness. And Jesus came, saw our hunger, and wanted to feed us food that would truly satisfy us.
He met James and John, those middle class fishermen, and taught them to hunger and thirst for others, and made them fishers of men. Though the world saw them as satisfied, they hungered for a deeper life. So they left their fishing boat and their security behind, and followed Him.
He met others who admitted no hunger, like the Pharisees who had it all figured out. They were self-satisfied, bloated, and miserable. Instead of feeding their people with God's Word, they observed dietary laws. He told them, " you're starving, you whitened sepulchers, empty tombs."
He met a man who was possessed by a demon and lived alone - he was roaming the countryside, isolated, starving. Jesus knew that when someone has been hungry for a long time, it may be easier to endure that hunger than to hope for human communion again. And so He gently asked him if he wanted to be cured, wanted to be fed. Then He cured the man and gave him back to his family.
In time, those who followed Jesus began to realize that they believed in Him, not because of any great signs and wonders, but because He was a man who hungered as no man had ever hungered, to bring life and joy to others. They began to understand what Jesus meant when He said that those who hunger and thirst for God's kingdom would be truly happy. They understood because they saw His joy and had started to live that way too.
Lord, give us a powerful hunger for life, a thirst for happiness, and food for the journey to nourish us on the way.